Filling the Void in Me 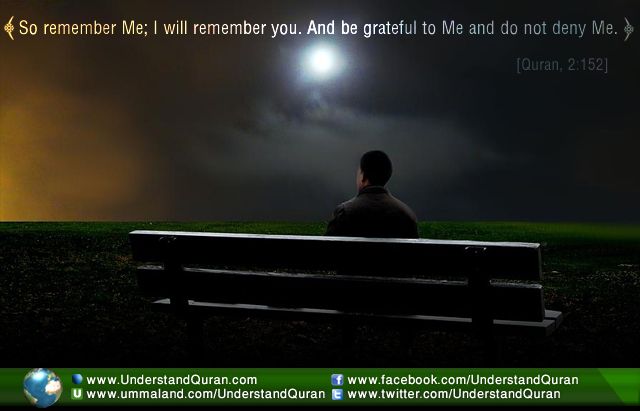 After 28 years of endless longing for human warmth, acceptance, and approval I still feel as empty as ever! I still find myself running at the same pace with the same void— running after people I want to make happy. The running train of thoughts keeps asking, “Where exactly did I  go wrong?”  whenever I disappoint one of them. Where did I lose hope? Why is there no end to this marathon? After all I had always put all of me, and the best of me, into the struggle.

Breathless while running, a wind of change struck my soul. I met my Lord on a hopeless path, miraculously. Obviously it was not heavenly, as I’m still residing in the world, but this “wind of change” was a wake up call. I started to realize and understand the answers as to where I was going wrong. I realized that a void in my heart could only be filled by the remembrance and love of my creator!

I was born on fitrah and forgot it as I grew old. Neither was I reminded of it. Even my own soul became deluded. I still was weak.
So I found refuge in aiding myself with the piercing power of a dua, because I have rummaged through many obstacles with the help of this magic wand.

Although it didn’t work as I’d expected it to— I didn’t suddenly wake up a world with no heartaches, everyone happy with me and telling me how much they loved me to be a part of their lives. Rather it all got way too complicated. I was grasping for their love, approval, and khair more and my heart kept getting weaker.

My heart doesn’t understand the language of math. I guess my heart was destined to break more frequently, piece by piece, bit by bit. Such a shame! Even dandelions have more power to hold themselves together. At least for a while…
This was definitely not what I asked Allah for! Rather it was something I wanted to run away from! The heartaches, disappointments…  I was very clear and simple in my demand to Allah!

But the more the heartaches, the more I longed to turn to my creator for healing. The serenity after every heartbreak was getting soothing every time. I started to stand stronger after every hit.

The heartbreaks got stronger and the frequency intensified with my increasing determination. But I’m sure this will mend soon!  With the taste of the sweetness of eemaan, I will heal.

The Prophet Muhammad (saws) said: ‘Whoever possesses the following three qualities will have the sweetness (delight) of faith:  1. The one to whom Allah and His Apostle becomes dearer than anything else. 2. Who loves a person and he loves him only for Allah’s sake.  3. Who hates to revert to Atheism (disbelief) as he hates to be thrown into the fire.’ [Bukhari and Muslim]

Pondering over it all, I deduced these results as a lesson for myself:

1) My dua was a big task for me but of no effort in the sight of Allah. As we are sent down with the a gift of ‘choice’, we are supposed to put our scattered selves back together the way we will, the way we wish and thus we fall into the hands of whom we choose to be cared and protected by, every time.

2) We may ask for help and means but Allah wants us to do it willingly— especially if it’s a way towards Him. We need to stand up and walk towards Him, to be caught, saved, and raised, all by Him.

3) All is only for Allah who is perfect. All-Seeing, All-Hearing, All-Knowing. SubhanaAllah. And to Allah belongs the east and the west. So wherever you [might] turn, there is the Face of Allah. Indeed, Allah is all-Encompassing and Knowing.  [Quran, 2:115]

4) Expecting more than what is human from a human is nothing but a deception from Satan. We all are mere humans with so many chances to err. So how can any one of us, despite all efforts, inject 100% input and expect the same in return?

5) How can a heart be filled and satisfied by the love of an incomplete being when the heart knows that it deserves the One All Perfect and Complete? A void can’t be filled with another void. The Creator is whole and the only one who can make you whole.

6) Our conditions are based on the conditions of our hearts, their level of satisfaction and contentment. It has less to do with the other operating forces around us. No wonder Prophet Muhammad (saws) smiles so often despite all the hardships he went through.

Abdullaah ibn Haarith said, ‘I never came across a person who smiled as much as Prophet Muhammad.  Prophet Muhammad regarded smiling to a brother as an act of charity.’ [Tirmidhi]

My dua is still a simple collection of words, but now I long to taste the sweetness of eemaan with it. May Allah choose us to have such taste buds, make us taste and hold that sweetness. Ameen.