Duas of the Prophets from Special Situations in the Quran 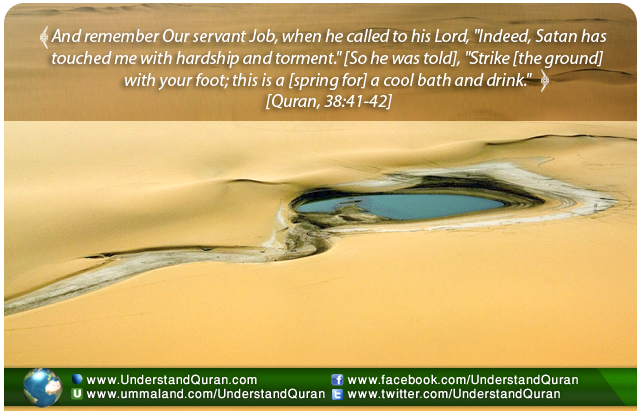 And your Lord says, “Call upon Me; I will respond to you.” Indeed, those who disdain My worship will enter Hell [rendered] contemptible. [40:60]

Dua is a very important part of worshipping Allah. In fact, the Prophet s.a.w.s. equaled dua to worship. That is why, Allah the Exalted has given in the Quran examples of duas made by Prophets and pious persons. The prophets were sent by Allah to human beings as role models, the best examples to follow. So let us have a look at the sunnah of the Prophets as regards to making dua in order to emulate their examples in our own lives in sha Allah.

Duas of the Prophets:

Ayyub alaihi salam was afflicted with a terrible disease. He complained to Allah of his condition, and Allah showed him the way of relief:

And remember Our servant Job, when he called to his Lord, “Indeed, Satan has touched me with hardship and torment.” [So he was told], “Strike [the ground] with your foot; this is a [spring for] a cool bath and drink.” [Quran, 38:41-42]

Zakariyyah, an old man with white hair, wished to have a child, something that is more or less impossible under usual circumstances.

[This is] a mention of the mercy of your Lord to His servant Zechariah When he called to his Lord a private supplication. He said, “My Lord, indeed my bones have weakened, and my head has filled with white, and never have I been in my supplication to You, my Lord, unhappy. And indeed, I fear the successors after me, and my wife has been barren, so give me from Yourself an heir Who will inherit me and inherit from the family of Jacob. And make him, my Lord, pleasing [to You].” [19:2-6]

I only complain of my suffering and my grief to Allah [12:86

While doing a good deed

One of the best times to make dua is while doing a good deed, and making tawassul with it. Ibrahim alaihi salam, while building the Kabah along with his son:

And [mention] when Abraham was raising the foundations of the House and [with him] Ishmael, [saying], “Our Lord, accept [this] from us. Indeed You are the Hearing, the Knowing. Our Lord, and make us Muslims [in submission] to You and from our descendants a Muslim nation [in submission] to You. And show us our rites and accept our repentance. Indeed, You are the Accepting of repentance, the Merciful. Our Lord, and send among them a messenger from themselves who will recite to them Your verses and teach them the Book and wisdom and purify them. Indeed, You are the Exalted in Might, the Wise.”   [2:127-29]

When going out for dawah

[Moses] said, “My Lord, expand for me my breast [with assurance] And ease for me my task And untie the knot from my tongue That they may understand my speech. And appoint for me a minister from my family -Aaron, my brother. Increase through him my strength And let him share my task That we may exalt You much And remember You much. Indeed, You are of us ever Seeing.” [20: 25-35]

When in a terrible mess

Inside the belly of a fish, Yunus alaihi salam said a dua that is one of the most often recited duas.

And [mention] the man of the fish, when he went off in anger and thought that We would not decree [anything] upon him. And he called out within the darknesses, “There is no deity except You; exalted are You. Indeed, I have been of the wrongdoers.” [21:87]

When there seems to be no release

Musa alaihi salam, a fugitive, fled from his own land. He was in a foreign land, without any money or shelter or anything. In this condition he made this beautiful dua:

When in fear of committing evil

My Lord, prison is more to my liking than that to which they invite me. And if You do not avert from me their plan, I might incline toward them and [thus] be of the ignorant. [12:33]