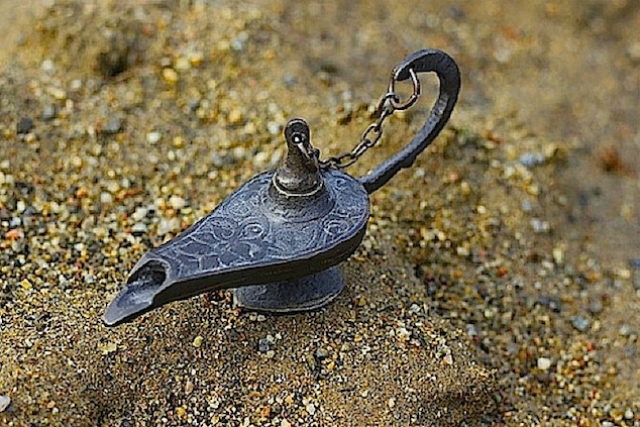 Alhamdulillah, Allah granted me beautiful parents. My mother had a master’s degree in Arabic, masha Allah. People came to her to understand the meanings of ayah and hadith.

I don’t remember a single day when we awoke without hearing Mom or Dad reciting the Quran. This gave us a special link with the Quran from an early age.

I started reciting the Quran and fasting regularly from childhood. I memorized a lot of surahs, but I didn’t know the true beauty of the Quran because I didn’t understand its meaning.

One of my elective subjects during my first year of college was Islamic Studies. I had to learn the Al-Baqarah and Tafseer (commentary) and their meanings. Luckily I had a good circle of friends who were sincere and hard-working. Most of the time we tried to study together— this way we also had a healthy competition.  We memorized the meanings of Al-Baqarah and thus had our first taste of Allah’s book.

It was addictive— it made us want to know the meaning of the whole Quran!

A Search for Meaning

Three friends and I also joined a morning class about the meaning of the Quran, taught by a lady named Apa Jee Abdur Rahman. We became good students of Apa Jee. She liked that we had so many questions to ask her. We took up a lot of her time, but I never felt that Apa Jee looked tired. She was always fresh.

We took so much time in our classes that other students had to wait for their classes to begin. They started asking to have their classes before us so we could take our time.

That was the best time of my life and the best investment of my time. As much as we learned, we were thirsty to know more.  I realized that Quran is not just a book but also something that connects us directly to Allah.

I felt like this lamp had lit my heart so that I could see what was hidden and become clean. When I cleaned my heart, I found my best friend— Allah:

If I feel upset or disappointed, he always gives me hope or good news. If I’m confused, he guides me so well that I never get confused on that matter again.

And slowly, slowly, I started believing on my duas that nothing is impossible as long as you have a direct connection with Allah.

The Lamp That Lit My Heart

From that time I started calling the Quran “Allah’s Deen Lamp”.  When I was young I had wished for Alladin Jinnie and I felt it was so wonderful that Alladin could fullfill three wishes. Now, as an adult, I realize my Allah’s Deen Lamp can be used as many times as I want! I get whatever I want because my master is owner of all the worlds. His kingdom has no limit.

On top of that, if I ask him for something it is written as ibadah for me and I will get rewards when I die— amazing.

I heard that when a good person dies, he or she will have a good companion to entertain him or her and that that companion will be the Quran. I’m not dead yet, but from the time that I began to understand the Quran I felt that I had a most sincere friend, a friend who knows everything, including how I’m feeling.

Many times, I opened the Quran and received the guidance I needed or the answer to a particular situation. Even when I was in the wrong I found the answer and realized that I had made a mistake and would have to fix it.  I feel like my Allah never wants to see me worried; he finds the way to give me hope and peace, alhamdulillah.

The only thing I have to do is to hold on to this lamp.

One example of an answer to my duas is that this summer I planned to start teaching the Quran with word-for-word meanings to my kids so they could know what they’re reading.

The very next day after I prayed for this we were invited to dinner with one of my friends. She introduced me to the web site: understandquran.com.

I can’t forget how I felt when I put my kids in front of the TV for the first lecture. It was just fifteen minutes, and they had their 3-D glasses on. They had fun, and their minds stayed fresh.

I feel that from the time I found Allah’s Deen Lamp I’ve been happy most of the time. I rarely feel hopeless.

May Allah help us and guide us to spread this religion the way it’s supposed to be presented. May Allah lighten our hearts with the light of his beautiful Quran so that we will live happily ever after.