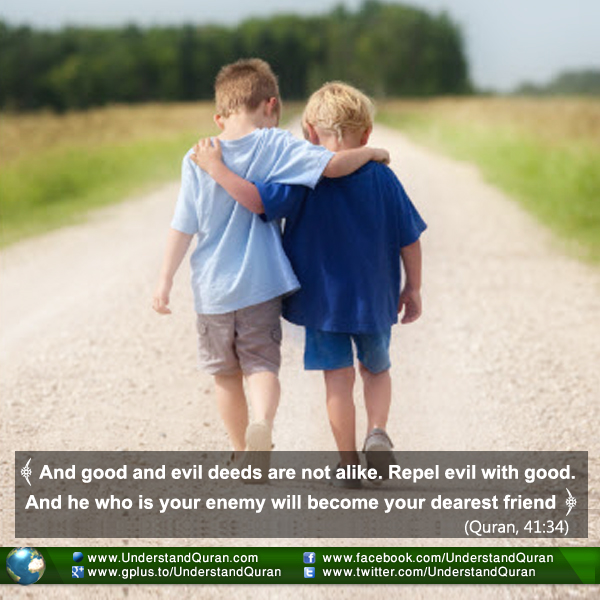 Islam encourages us to make friends with other believers, to love, and to forgive. It’s extremely rewarding to be able to forgive our brothers and sisters and to be humble so that Allah (swt) in turn deals with us leniently.

But there comes a time when it’s a choice between forgiveness and self-defense, when we need to differentiate between humility and humiliation. This happens when one person in the relationship begins to dominate it and the other person feels suffocated and humiliated, or when one person starts to gain illegal satisfaction from the relationship at the expense of the other. There are many types and forms of abuse:

What makes a person abuse someone he calls a friend and a brother? It could be because abuse comes naturally to this person, probably because he or she learned it from others, especially as a child. Or it could be due to a lack of empathy, too much stress, or a hunger for control and power. It could be that the person feels an insecurity within and is jealous of his or her friend. Or it could be because the person has a drug or alcohol addiction.

How do we know when it’s time to pause the “forgive and forget” button?

The Prophet (sa) taught us a dua in which you seek refuge in Allah from a bad companion (Sahib as-Sū’). (Tabarani, authenticated by Albani) What could be worse than a friendship that’s deteriorating your spiritual health?

How to deal with abusive friendships

By putting a stop to abuse, you’re not only saving (sometimes literally) your own skin. You’re also helping the abuser, all their prospective victims, and all those who might pick up the trait from them. It’s incredible how easily people pick up habits from other people, and children are especially vulnerable to this because they learn how to do things in life by modelling their elders.

By bringing a single abuser to their senses you’re putting a stop to the propagation of an evil practice and saving the society at large.

Notice that in the above hadith the Prophet (sa) called the abuser your brother. No matter how badly they have treated you, they’re still Muslim and worthy of your compassion. Look at it this way – they are afflicted by a serious disease, and you must guide them to its cure. It’s also crucial that you try and forgive them, otherwise you won’t be able to heal completely.

But don’t forget the lesson so bitterly learned.

“A believer is not stung twice from the same hole.” (Sahih al-Bukhari)

How do I know if I myself am an abuser?

It’s a scary thought, but we’re often blinded by Shaytan from seeing the harm we’re spreading around us. Sometimes it takes a lot of self-reflection, humility, and closeness to Allah to realize that we’re sinners. Ask Allah for guidance and recite Surat al-Fatihah from the heart in every salah:

Guide us to the straight path – The path of those upon whom You have bestowed favor, not of those who have evoked [Your] anger or of those who are astray. [Quran, 1:6,7]

Understand Quran courses for Urdu speakers: Read Quran with Tajweed in 20 hours; Understand 50% of the Quran in 9 hours!

Tabassum Mosleh is a freelance writer and a student of al-Salam Institute. She likes animals, natural beauty, reading novels and researching interesting topics. She shares her reflections at the blog sections of Understand Quran Academy, IIPH and Ibana. Contact: [email protected]