A Second Look at Islam (Mangla to Manchester, Part II) 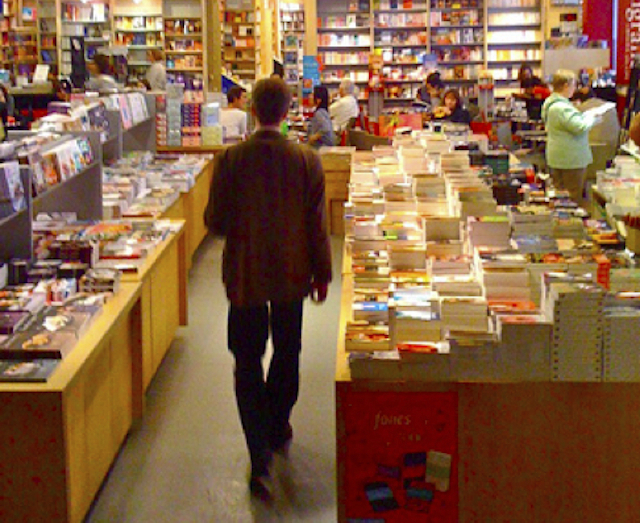 One of the biggest chains Shaytan has placed on modern man is that of busyness. He has stolen the most valuable resource from us by keeping us in a never-ending rat race. “The biggest problem with the rat race is that even if you win you are still a rat,” is a humorous but true quote. From the time you begin to stand on your own feet you are pushed into an endless cycle that begins with studies, spans into a career or profession, then to marriage, then to building a home, and then to raising your own family, and so on.

It is a shocking fact that in modern times an individual hardly has time to think about the direction of his life. He is so busy turning the wheel to pass from one stage to the next that he has no idea where he is going until it is too late. It is like a motorist whose car is running low on fuel saying, “I have no time to refill!”

Rivalry and worldly gains distract you until you reach the graves, the Quran reminds us [102:1-2]. That is why I would suggest a complete time-out of six-months to a year, especially for youth and students.

One of the good things about the British is their habit of reading. You will see them reading in coffee shops, on buses, on the underground, and even while walking. How ironic that the world’s most illiterate people are from a community whose holy book’s first command is: “Read”.

I went to the biggest bookshop in central London and bought the Bible, the Bagahvada Gita, a book on Mahatma Ghandi, and a host of other books to take with me to Pakistan.

I couldn’t make any sense of the Gita and so that was Hinduism out of the way. I mean if the most important holy text couldn’t communicate its message to a fairly intelligent and literate mind how could it be a book of guidance for all human beings?

I went to the Bible next. There were some beautiful anecdotes and stories but again it seemed to be a hodge-podge of narrations that didn’t offer a clear-cut or simple message. The many contradictions and anomalies didn’t make matters any easier. Worse still I learned that there were more than fifty versions of the Bible containing major differences in theology.

So now I decided that the traditional religions didn’t have much to offer; the answer must lie elsewhere. I read the life of Gandhi and it seemed to offer some hope. I now thought that the meaning of life lay in doing good and positive works for people irrespective of religion.

I decided to read more biographies of famous men of history.

With this new aim in mind, while on a trip to the hill station of Muree I decided to take a look in one of the tiny bookshops on Mall Road. As I entered the shop my eyes rested on a blue coloured book entitled, Muhammad: His Life Based on The Earliest Sources by Martin Lings. I read the back leaf and learned that it was an award winner from the late General Zia ul Haq, the much maligned and favoured target of liberals.

This was the first time I had seen a book by an Englishman on Islam. I decided to purchase the book as I didn’t know anything about Muhammad (saw) except that you were supposed to kiss your hands and rub your eyes after hearing his name.

I read the book from cover to cover and it was an eye-opener. I would advise anybody, especially the youth, if they want to get a sound and balanced understanding of the sunnah and Islam, to read the biography of the prophet (saw) thoroughly before they delve into hadith books or fall into the clutches of some party or organisation or scholar. It is so important to get a solid foundation in Quran and Sunnah before delving into other fields and books— otherwise you may be easy pickings for Shaytan and the various scouts of the jamaats.

One of my teachers told me something that all Muslims should ponder— that Lawrence of Arabia, before being sent to Arabia on his spying mission, read the biography of our Prophet (saw) not once, but eight times! How many times have we read his Surah?

A Worship Centred on the Creator, Not on the Messenger

While reading the biography I particularly remember the incident of the Prophet’s (saw) death and the words of Abu-Bakr to calm the Muslims: Whoever worships Muhammad (saw) knows that he is dead, and whoever worships Allah knows that He is alive and never dies. [Abu Salama, from Ibn Abbas]

These words stuck in my mind like superglue because up until this time in my family and village the belief propounded more than any other was that Muhammad (saw) was nur and superhuman.

I then realised that the Islam that I had been taught and that I’d seen in practice up until this time was not necessarily the real Islam.

I decided that maybe I needed to re-examine Islam.