A Reason (and a Season) for Everything 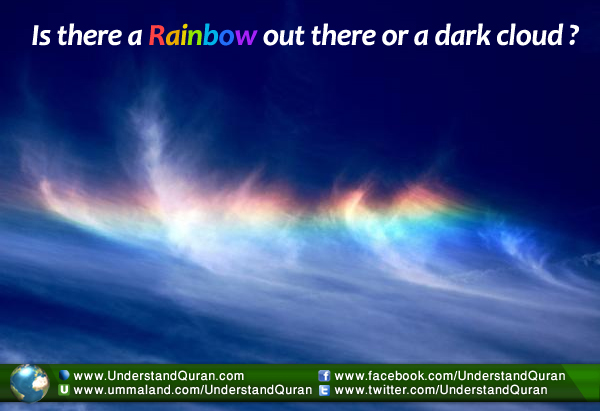 Is there a rainbow out there or a dark cloud? I don’t know— I can’t see. I simply breathe in the cold air. Should I take a walk, or mope? I decide to mope, away from the day, escaping the sun’s rays.

If you were in Cape Town, South Africa yesterday you’d know well the unpredictable weather we’re having. We woke up to a mountain covered in a thick blanket of grey cloud and with an unforgiving, blustery wind banging on the windows. It wasn’t long until the heavens cracked open and heavy rain began to pound the rooftops. The bolts of lightning were striking with great force, as if demanding to be let in!

Mid-morning the sun made its appearance and by noon we were in the midst of a heat wave. Gloomy Facebook updates came flooding in, of a blue Monday and feeling under the weather quotes, as many were grumpy, being over-dressed and having to carry around extra coverings.

How many times do we hear ourselves regretting the unfavourable weather that we have? We get heat waves in the winter and to top it all off, it rains throughout the year!

To Whom Are We Complaining?

Isn’t complaining about the weather, which is by Allah (swt)’s decree, in fact a complaint to the Most High?

It is Allah who sends the winds, and they stir the clouds and spread them in the sky however He wills, and He makes them fragments so you see the rain emerge from within them. And when He causes it to fall upon whom He wills of His servants, immediately they rejoice. [Quran, 30:48]

In the Midst of Complaints, a Profound Gratitude

Our Masjid recently hosted a prestigious Qari. Above and beyond admiring his profound knowledge in Qiraa’aat and Qur’anic sciences there is another reason I will always remember that day.

As the crowd was gathering, it began to rain. Amidst the shrieks from the crowd as we all rushed for cover, I heard someone crying profusely. Everyone was curious as to what was happening. There in the middle of the parking lot, a man was on his knees getting drenched in the rain, making takbeer. There was a solemn silence from the crowd and all that was heard was:

Allah’s Messenger (saws) said: For me to say: ‘SubhanAllah, walHamdulilah, wa La illaha ilAllahu, waAllahu Akbar’, is dearer to me than all that the sun rises upon (i.e. the whole world). [Muslim 4/2072]

The Somalian refugee later told us, “In my country, we sometimes get rain just once a year. You are blessed with this opportunity of washing away your sins and to thank Allah (swt) for these blessings.”

(Remember) when He covered you with a slumber as a security from Him, and He caused water (rain) to descend on you from the sky, to clean you thereby and to remove from you the Rijz (whispering, evil-suggestions, etc.) of Shaitan (Satan), and to strengthen your hearts, and make your feet firm thereby. [Quran, 8:11]

As our Prophet (saws) said: Two are the du’as that are never returned unanswered: The dua made when the prayer is being called, and at the time of rainfall.

Yet it is common practice for us to complain that the weather is bad when it’s not favoured by us. How much more mistaken can we be?

Is This a Problem, or is it His Bounty?

We need to realise that the weather is from the many bounties of Allah (swt) and seek from it opportunities in order to raise our taqwa insha Allah.

There are plenty of more opportunities you can think of when you ponder and reflect on the blessings Allah(swt) has bestowed on us all, and as the proverb goes: Make hay while the sun shines, meaning that we should take advantage of favourable situations while we have the chance.

Zaida Ayliff Solomons writes under the pen name Zaida bint Amina for the popular facebook page Iiwords. She started out at Iiwords as an avid reader and wanting to learn more about Islam and has since gone on to being a full time writer for the page. She delights in her family, in being a keeper at home, all for the glory of Allah, and enjoys writing as an outlet for her creative energy and spreading the word of Islam in a creative way.