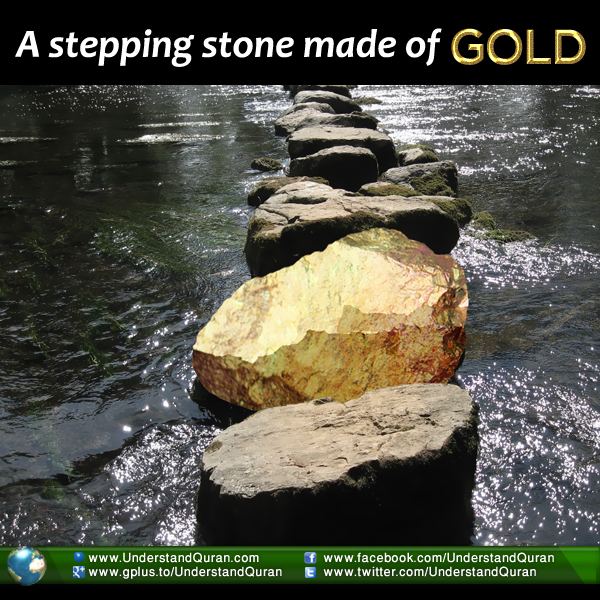 Just enter Youtube and type in “wealth” and you’ll be instantly bombarded by lectures on how to get rich, lectures given by people who’ve stumbled upon a bit of good luck and seek to make even more money from it by convincing you that you too can “have it all.”

And then there are your peers, who can probably be  divided up according to those who say they care nothing for money (but don’t mind spending other people’s) and those who are openly and aggressively striving after economic gain, ignoring any potential cost to the environment, their relationships, and even their very souls.

Time to turn to the Quran for some perspective.

What, in fact, does the Quran say about wealth? Is it good, bad, or indifferent? It all depends . . .

And We will surely test you with something of fear and hunger and a loss of wealth and lives and fruits, but give good tidings to the patient . . . [Quran, 2:155]

. . . but [true] righteousness is [in] one who believes in Allah, the Last Day, the angels, the Book, and the prophets and gives wealth, in spite of love for it, to relatives, orphans, the needy, the traveler, those who ask [for help], and for freeing slaves; [and who] establishes prayer and gives zakah; [those who] fulfill their promise when they promise; and [those who] are patient in poverty and hardship and during battle. Those are the ones who have been true, and it is those who are the righteous. [Quran, 2:177]

And do not consume one another’s wealth unjustly or send it [in bribery] to the rulers in order that [they might aid] you [to] consume a portion of the wealth of the people in sin, while you know [it is unlawful]. [Quran, 2:188]

The example of those who spend their wealth in the way of Allah is like a seed [of grain] which grows seven spikes; in each spike is a hundred grains. And Allah multiplies [His reward] for whom He wills. And Allah is all-Encompassing and Knowing. [Quran, 2:261]

O you who have believed, do not invalidate your charities with reminders or injury as does one who spends his wealth [only] to be seen by the people and does not believe in Allah and the Last Day. His example is like that of a [large] smooth stone upon which is dust and is hit by a downpour that leaves it bare. They are unable [to keep] anything of what they have earned. And Allah does not guide the disbelieving people. [Quran, 2:264]

So let not their wealth or their children impress you. Allah only intends to punish them through them in worldly life and that their souls should depart [at death] while they are disbelievers. [Quran, 9:55]

O you who have believed, let not your wealth and your children divert you from remembrance of Allah. And whoever does that – then those are the losers. [Quran, 63:9]

And when a surah was revealed [enjoining them] to believe in Allah and to fight with His Messenger, those of wealth among them asked your permission [to stay back] and said, ‘Leave us to be with them who sit [at home].’ [Quran, 9:86]

. . . wealth and children are [but] adornment of the worldly life. But the enduring good deeds are better to your Lord for reward and better for [one’s] hope. [Quran, 18:46]

The Day when there will not benefit [anyone] wealth or children [Quran, 26:88]

The next time you start thinking wealth might solve all your problems, think again. Keep the words of the Message foremost in your mind, and remember that if Allah blesses you with wealth, He expects you to dedicate it to His cause.

May your heart be touched and your mind opened,