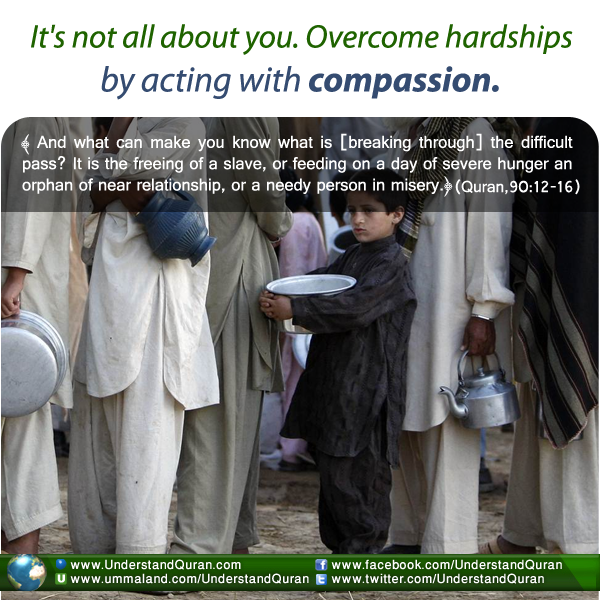 Giving charity is one of the most rewarding of deeds, both in this world and the Hereafter. Allah (swt) says:

The example of those who spend their wealth in the way of Allah is like a seed [of grain] which grows seven spikes; in each spike is a hundred grains. And Allah multiplies [His reward] for whom He wills. And Allah is all-Encompassing and Knowing. [Quran, 2:261]

The rich Companions were always forefront in giving charity, and the poor among them regretted their not having wealth to give charity. They once said to the Prophet (sa), O Messenger of Allah, the rich have taken away (all the) reward. They observe prayers as we do; and give charity out of their surplus wealth. The Prophet (sa) replied:

Has Allah not prescribed for you (a course) following which you can (also) give Sadaqah? . . . [Muslim]

And then he mentioned some good deeds that count as charity.

Nevertheless, those whom Allah had blessed with wealth among the Companions used to spend freely. The Messenger (sa) mentioned seven kinds of people who will receive the shade of Allah’s throne on the Day of Judgment, and one of them was “a person who gives a charity and conceals it (to such an extent) that the left hand might not know what the right has given.” [Bukhari and Muslim]

There are plenty of more hadith and ayat of the Quran which urge us to be free-handed in giving to others. And the most generous of people among the Companions was probably Abu Bakr (ra). The following is a proof of the extent of his generosity. Umar ibn al-Khattab said:

We were ordered by the Messenger of Allah (ﷺ) to give in charity, and that coincided with a time in which I had some wealth, so I said, ‘Today I will beat Abu Bakr, if ever I beat him.’ So I came with half of my wealth, and the Messenger of Allah (ﷺ) said: ‘What did you leave for your family?’ I said: ‘The like of it.’ And Abu Bakr came with everything he had, so he said: ‘O Abu Bakr! What did you leave for your family?’ He said: ‘I left Allah and His Messenger for them.’ I said: ‘[By Allah] I will never be able to beat him to something.’ [Tirmidhi]

Although this act of Abu Bakr is near the pinnacle of sacrifice for the sake of Allah and trust in Allah, we must ask ourselves, is this action of Abu Bakr recommended and praiseworthy in all circumstances, or was this case special?

Those who consider it to be universally applicable sometimes give away all their wealth, leaving almost nothing for those who are dependent on him/her. Their wives complain that she and the children can hardly eat enough food whilst he feeds the poor outside his house. And his reply then is to quote this hadith about Abu Bakr (ra).

But then, we must consider the other hadiths and ayat which also talk about charity, but adding one condition. Have a look at the following hadith:

A Companion of the Prophet (sa) once fell ill and the Prophet (sa) visited him. The Companion said, ‘O Allah’s Apostle! My sickness has reduced me to the (bad) state as you see, and I am a rich man, but have no heirs except one daughter. Shall I give two-thirds of my property in charity?’

‘Even one-third is too much, for, to leave your inheritors wealthy is better than to leave them in poverty, begging from people. And (know that) whatever you spend in Allah’s Cause, you will get reward for it, even for the morsel of food which you put in your wife’s mouth. [Sahih al-Bukhari]

Learn Quran in 1 to 1 sessions!