Violence in the Quran: Look at the Whole Forest, Not Just One Tree 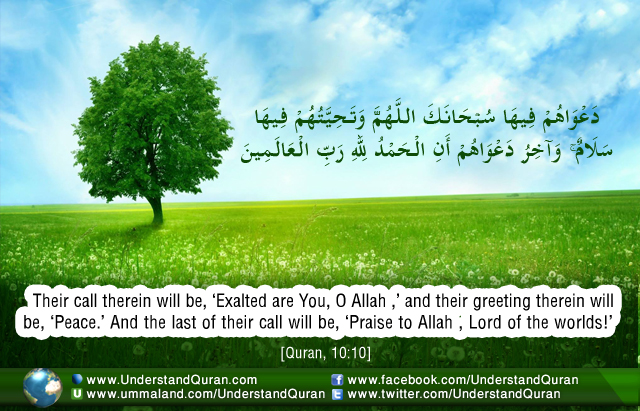 Quoting sacred verses out of context is one of the hallmarks of religious extremism. Why? Because isolating certain verses and separating them from the spirit in which they were said, their historical context, and the entire meaning of the book very often gives a verse or phrase a meaning that’s more suited to a terrorist agenda than to the truth.

Take this oft-quoted (by extremists and Islamophobes alike) aya as an example:

And kill them wherever you overtake them and expel them from wherever they have expelled you, and fitnah is worse than killing. And do not fight them at al-Masjid al- Haram until they fight you there. But if they fight you, then kill them. Such is the recompense of the disbelievers. [Quran, 2:191]

Sounds pretty extreme, doesn’t it? What if we were to take this verse, as a few zealous Muslims do, as the essence of Islam? We’d be missing the whole point.

The whole point, it so happens, can only be found by studying and reflecting on the entire Quran. Only by making the whole Quran our best friend can we derive the benefit of a system of beliefs that promotes peace in its very essence.

But what, you ask, are we to make of the ayaat that seem to contradict each other?

Here’s a tip: If you see something in the Quran that looks like a contradiction, don’t slap the Quran shut and run away; see the apparent contradiction as an invitation to dig deeper. If you find two ayaat that seem to disagree with each other, it’s a sign that you probably don’t understand the first aya, the second aya, or both.

For example, what if we were simply to quote this aya . . .

. . . without looking at the one that immediately follows it:

Clearly we would be missing five important points:

To sum it up, the Quran and hadith make it clear that we’re not to sabotage a sacred mission by creating the same kind of harm that we were asked to prevent.

Here’s just a small sampling of ayaat calling for a spirit of compassion and mercy befitting servants of The Compassionate, The Merciful:

O you who have believed, do not consume one another’s wealth unjustly but only [in lawful] business by mutual consent. And do not kill yourselves [or one another]. Indeed, Allah is to you ever Merciful.  [Quran, 4:29]

If you should raise your hand against me to kill me – I shall not raise my hand against you to kill you. Indeed, I fear Allah, Lord of the worlds.  [Quran, 5:28]

And We have not created the heavens and earth and that between them except in truth. And indeed, the Hour is coming; so forgive with gracious forgiveness. [Quran, 15:85]

And not equal are the good deed and the bad. Repel [evil] by that [deed] which is better; and thereupon the one whom between you and him is enmity [will become] as though he was a devoted friend. [Quran, 41:34]

So before you start believing the aggressive rhetoric of your angry brothers and sisters, prepare yourself by undertaking a thorough study of the Quran. Read it in your own language, but don’t neglect the study of classical Arabic, which will help you to better grasp the meanings of each aya.

If you’re new to the Arabic language, our course, Read Quran, is a great place to start!

May Allah, The Compassionate, The Merciful, grant the ummah compassion and mercy. Ameen.