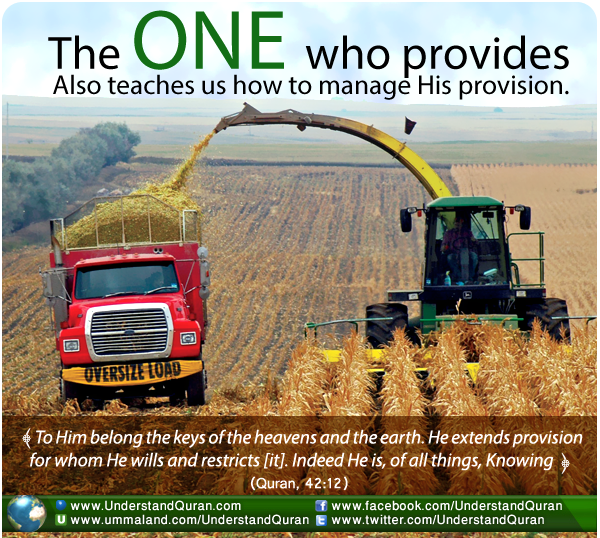 And Allah gives provision to whom He wills without account. [Quran, 2:212]

It is evident in the examples in the Quran that, when you ask something from Allah, He gives you not just that thing, but better. Sometimes we don’t realize that what we got is better than what we wished, but sooner or later it becomes clear. One has only to watch the events of one’s past on playback mode to realize the difference between our wish and Allah’s Will, and to find out which is better.

Examples from the Quran

There are stories in the Quran where Allah (swt) quotes a person’s dua, and then discusses the aftermath. Here are some examples:

While fleeing from imminent death, the People of the Cave made this dua:

[Mention] when the youths retreated to the cave and said, ‘Our Lord, grant us from Yourself mercy and prepare for us from our affair right guidance (rashad).’ [Quran, 18:10]

The cave to which they went for shelter was so safe that they stayed there unharmed for three hundred years!

Zakariyyah (as) wanted a child, but he had grown very old, and so had his wife. He complained to Allah (swt) about his situation in very eloquent language, and this beautiful dua is recorded in Surat al-Maryam:

My Lord, indeed my bones have weakened, and my head has filled with white, and never have I been in my supplication to You, my Lord, unhappy. And indeed, I fear the successors after me, and my wife has been barren, so give me from Yourself an heir Who will inherit me and inherit from the family of Jacob. And make him, my Lord, pleasing [to You]. [19:2-6]

In another place in the Quran: My Lord, grant me from Yourself a good offspring. Indeed, You are the Hearer of supplication. [3:38]

Zakariyyah asked for an heir who would be a good offspring (dhurriyyah tayyibah), and what he actually got was much more. His son, Yahya, is praised by Allah Himself – he was wise from the time he was a baby, affectionate, pure, God fearing, and good to his parents. [19:12-14] He was a prophet and the right-hand man of ‘Isa (as), and a role-model of purity.

Musa (as), fleeing from Firawn’s police, reached Madyan, exhausted, hungry, thirsty, with no place to go. In such adverse condition, he went out of his way to help some women, total strangers. Then: . . . he went back to the shade and said, ‘My Lord, indeed I am, for whatever good You would send down to me, in need.’ [28:24]

Almost immediately after that, he was offered a shelter. And not only that, he got a job and the hand in marriage of a respectable woman. Ten years later, he was given the honour of speaking to Allah and made a messenger. [See Surat al-Qasas]

What It Means to Us

I am to my slave as he thinks of Me. [Sahih al-Bukhari]

So when you make a dua, expect Allah to answer it in a way that’s best and most suitable for you. Rest assured that you will be answered. The Prophet (sa) said:

The supplication of a slave continues to be granted as long as he does not supplicate for a sinful thing or for something that would cut off the ties of kinship and he does not grow impatient. [Muslim]

The Prophet (sa) is reported to have said:

Any Muslim who supplicates to Allah in a du`a’ which contains no sin breaking of kinship, Allah will give him one of three things: either his du`a’ will be immediately answered or, it will be saved for him in the hereafter, or it will turn away an equivalent amount of evil. [Ahmad]

When paying the taxi fare, pay a bit extra (of course, it needs to be done with humility and without giving offense). When paying back a loan of 100 bucks, pay 110 (it’s not riba if the lender doesn’t ask for it). When getting groceries for your roommate, throw in a surprise gift, even if it’s only a bag of chips. These little things bring plenty of happiness, because they’re unexpected. Be open handed and Allah will recompense you with better in sha Allah. The Prophet (sa) said:

The best amongst you is the one who pays the rights of others generously.[Sahih al-Bukhari]

Tabassum Mosleh is a freelance writer and a student of IOU and al-Salam Institute. She likes playing with animals, watching natural beauties, reading novels and researching interesting topics on psychology, sociology, history and current affairs. She shares her reflections at the blog sections of Understand Quran Academy, IIPH and Ibana. Contact: [email protected]