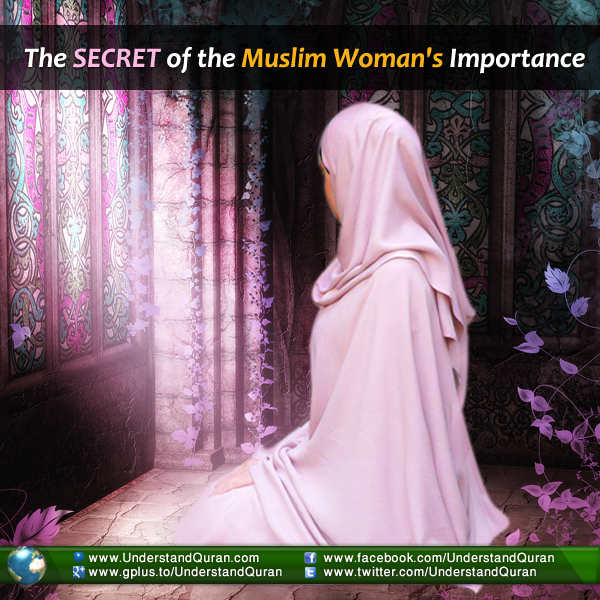 Women’s freedom in Islam is one of the most vulnerable targets for attackers of Islam. The conflict is not because the Islamic concept of women’s freedom has any weakness, because Allah’s laws are perfect in every way. The weakness is rather in lack of knowledge and research in Islamic academics and ignorance of Muslims in general regarding this topic. Muslim women themselves are overwhelmingly confused about their own rights and responsibilities in Islam.

Below are some of the more confusing issues under this topic and some comments on how they are viewed in Islam.

In the sight of Allah, there is no different between the ranking of a man or a woman except in their level of taqwa. Allah ﷻ says:

Whoever does righteousness, whether male or female, while he is a believer – We will surely cause him to live a good life, and We will surely give them their reward [in the Hereafter] according to the best of what they used to do. (16:97)

“Men and women of full age, without any limitation due to race, nationality or religion, have the right to marry and to found a family. They are entitled to equal rights as to marriage, during marriage and at its dissolution. Marriage shall be entered into only with the free and full consent of the intending spouses.”

This is an article from UDHR declaration of the United Nations, and it coincides with Islamic freedom of marriage given to women, except for the fact that the majority of scholars hold it obligatory for the women’s guardian to be present and agreeing. This is in order to protect the women’s interest.

Muslim women are not allowed to marry non-Muslim men, even Jews or Christians. That is because, as the husband is the maintainer of the household, if he does not follow Divine laws, then it will inevitably affect the wife’s rights.

Obedience to the Husband

The wife should obey the husband in household matters, but this obedience is in no way absolute. The husband has the right to strike the wife– but only in dire necessity.

Waqar Akbar Cheema says in his book, A Compendium of Answers to Allegations Against Islam, “ . . . this permission is only when women become disloyal . . . [which] means something below dignity of a modest and chaste woman.”

The Prophet ﷺ said during the Farewell Hajj: Fear Allah concerning women! Verily you have taken them on the security of Allah, and intercourse with them has been made lawful unto you by words of Allah. You too have right over them, and that they should not allow anyone to sit on your bed whom you do not like. But if they do that, you can chastise them but not severely. [Sahih Muslim 1218, Sunnah.com]

Moreover, the wife also has the option of getting a divorce if she feels suffocated in the marriage.

No one is allowed to force a woman into a marriage without her consent. The Prophet ﷺ said:

A Muslim woman does not have the freedom to divorce her husband unless the husband gives her permission to do so. But she can seek a khula from the judge if she likes. This is evident from the following case presented to the Prophet ﷺ:

The wife of Thabit bin Qais came to the Prophet (ﷺ) and said, ‘O Allah’s Messenger (ﷺ)! I do not blame Thabit for defects in his character or his religion, but I, being a Muslim, dislike to behave in un-Islamic manner (if I remain with him).’ On that Allah’s Messenger (ﷺ) said (to her), ‘Will you give back the garden which your husband has given you (as Mahr)?’ She said, ‘Yes.’ Then the Prophet (ﷺ) said to Thabit, ‘O Thabit! Accept your garden, and divorce her once.’ [Sahih al-Bukhari 5273]

Women can always claim their and their children’s maintenance from their husbands and the children’s father. If he refuses, the responsibility falls on her father, or brother, or son respectively. This is so even if she is able to support herself.

A woman has the right to own or spend wealth as she wishes.

There is no absolute prohibition for women working. But in some cases scholars deem it disliked or forbidden, such as working that involves mixing with men.

The world has become a hostile environment as never before, especially for women who are physically weak. It has also become increasingly difficult for women to remarry after divorce or widowhood. Financial support is difficult to get from outside, and thus building a career has become in some respects essential for survival, saving dignity or status with in-laws to prevent exploitation and humiliation.

A woman should be given her share of inheritance absolutely. Her share is in most cases less than the man’s because the man is the maintainer of the household.

Understand 50% of the Quran in just 9 hours!