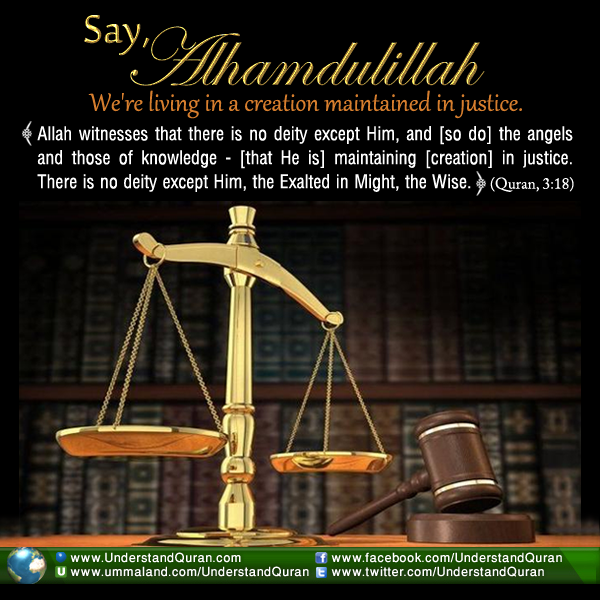 Have you heard tell [Prophet] about the Overwhelming Event? On that Day, there will be downcast faces, toiling and weary, as they enter the blazing Fire and are forced to drink from a boiling spring, with no food for them except bitter dry thorns that neither nourish nor satisfy hunger. [Quran 88:1-10]

Among the Surahs that the Prophet (peace be upon him) would recite during Jumuah, one was Surah Ghaashiyah. It is also among the Surahs towards the end of the Quran and thus known to many of us. However, why would the Prophet recite it so frequently? What does the Surah remind us of that makes the Prophet love it so much? Of what was the Prophet reminding the Sahabah in most of the Jumuahs that he led?

To start off, the Surah starts by reminding us of the Day of Judgement. It reminds us of those who will be sad and depressed on the day of Judgement and the punishment that will be handed out to them. It is very graphic, and it is very depressing. Allah reminds us of that, so that we are motivated immediately to work to avoid that outcome. So that we work to avoid the chastisement of the hereafter.

On that Day there will also be faces radiant with bliss, well pleased with their labour, in a lofty garden, where they will hear no idle talk, with a flowing spring, raised couches, goblets placed before them, cushions set in rows, and carpets spread. [Quran 88:11-16]

Allah then tells us of those who will be happy on the Day of Judgement and tells us of the beautiful blessings they will be bestowed with. A reminder to us to strive for the home of Paradise as we escape from the punishment of hell. But how we tangibly understand Jannah and Jahannam when we have not seen it?

Look at what what’s here now

Do they not see how the camel is formed, how the heavens are lifted, how the mountains are raised high, how the earth is spread out? [Quran 88:17-20]

It is by reflecting on the magnificence of this world that we understand that there has to be a Creator. Look at a camel. Such a lean creature and yet can carry a hundred kilogram of weight over days. It can go without water for over a month. Isn’t it amazing that there is a creature like that?

Isn’t it amazing when we look to the sky? In the day we see an amazing blue. A bit of clouds and the colour all changes. At night we have the glow of the stars, and the beauty of the moon, and yet these are all just specks in the magnificence of the universe? Isn’t it amazing how Allah has brought up mountains and then also has created land which is flat and spread out? Wonderfully created, and in opposites.

All of this is a reminder to us that Allah has balance in His creation and that He will balance out all the injustice that we do today.

So [Prophet] warn them: your only task is to give warning, you are not there to control them. As for those who turn away and disbelieve, God will inflict the greatest torment upon them. It is to Us they will return, and then it is for Us to call them to account. [Quran, 88:21-24]

So we have understood about the fire and the garden and looked at the magnificent creation and are amazed. Islam isn’t a religion of just semantics. It is one that combines theory with practice, spirituality with practicality and reflection with action.

As we reflect on Allah’s grandeur we understand that the fire and the garden are serious business. So we get busy in trying to remind and warn people about their end. When we know of something harmful coming our way, we are quick to warn. And that is what the Prophet is told about. He cared, and so should we. Do we not want other people to go to paradise too?

But as we go about calling, Allah is telling us to also be lenient. To be lenient in that we are not controllers over them. We can call, but it is up to them to accept.

So the next time you hear Surah Ghaashiyah behind an Imam, remember the hereafter, reflect on this world, and make sure you do your bit to help others in establishing a relationship with Allah.