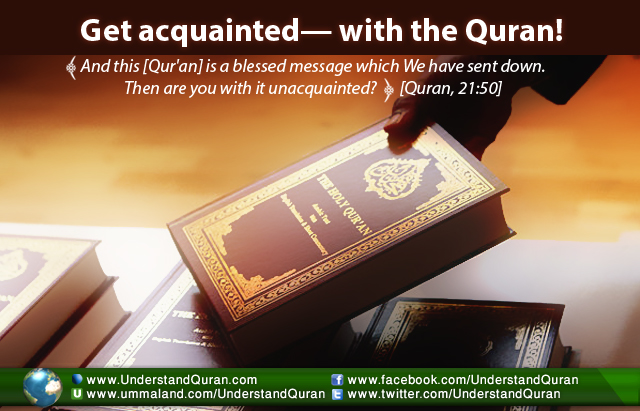 If you’ve tried to make a habit of reading the Quran regularly, you’ll probably have experienced this. There are periods of time when you just don’t feel like doing it. It also happens to beginners of Quranic studies, be it tajweed or Arabic. Sometimes we can’t even figure out the reason behind this block. So here are some causes that prevent making the Quran habit to help us better understand the problem and overcome it.

The belief that it’s sinful to make mistakes in reciting the Quran. If one holds this belief, one will probably never learn how to read the Quran, even if he or she becomes an expert in tajweed. That’s because the process of learning is incomplete without trying and making mistakes in the way. A baby won’t ever learn to walk if he’s scared of falling down.

So in order to remove this fear, let’s examine the validity of this belief. The Messenger of Allah (sa) said:

The one who is proficient in the recitation of the Qur’an will be with the honourable and obedient scribes (angels) and he who recites the Qur’an and finds it difficult to recite, doing his best to recite it in the best way possible, will have a double reward. (Bukhari and Muslim)

Here the Messenger mentions two kinds of people. The first one is a proficient reciter of the Quran who finds little or no difficulty in it. The second one is the opposite – so he must be un-proficient. He “tries” to recite the Quran. It’s not only okay for him to recite the Quran despite making mistakes, but he also gets double reward – because he finds it difficult and despite that he keeps trying.

Failing to find time. Sometimes one just can’t find free time for daily Quran recital. The days flies away busily and one doesn’t realize it, and at night one is too tired to sit down and struggle with the Quran. This person needs to learn about the rewards of reciting the Quran and how it raises a person’s status with Allah (swt). It also helps to keep a half hour of the day reserved only for this, and the best time for it is at Fajr, because the angels witness your recitation at that time. (17:78) Get rid of all distractions for that half hour and dedicate it completely to Allah’s Word.

Shaytan’s tricks are intricate like spider’s waves, but they are also as flimsy. One who doesn’t understand much Arabic will undoubtedly find it difficult to attend to the Quran completely, and that’s part of the “trying” mentioned in the hadith I quoted above. The same logic as point 1 applies here too – a baby won’t learn to speak without babbling meaningless words.

Trying to recite too much at the beginning. One can’t begin, for example, by trying to recite a Juz daily. A principle of learning is that the material needs to be challenging but at the same time not too difficult. Quran should make you peaceful, not increase your level of cortisol. So start easy and gradually keep stepping up. In sha Allah a Juz daily will soon become effortless.

Learn to recite the Quran with a teacher at Understand Quran Academy.

Tabassum Mosleh is a freelance writer and a student of al-Salam Institute. She likes playing with animals, watching natural beauties, reading novels and researching interesting topics on psychology, sociology, history and current affairs. She shares her reflections at the blog sections of Understand Quran Academy, IIPH and Ibana. Contact: [email protected]