Psychology in the Quran: A Call to Meaning, Peace, and Happiness 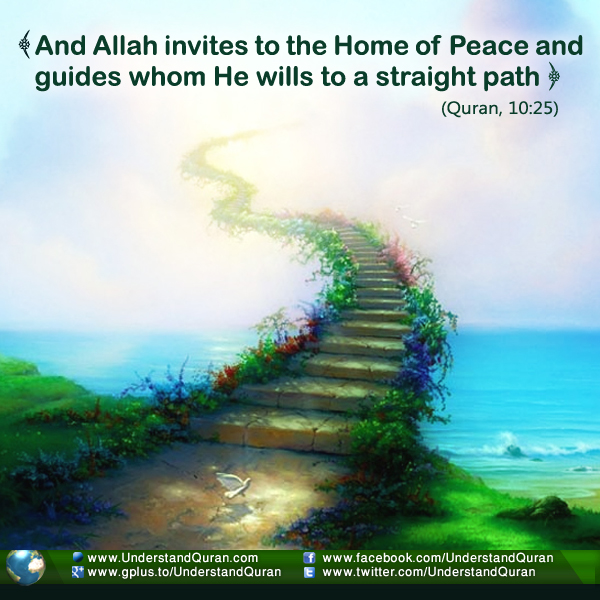 Of course it’s clear that “psychology” (the study of the mind) as a field of academic inquiry wasn’t even a word when the Message was given. But other fields of study, including philosophy, theology, and natural sciences, often included explorations of the mind, and needless to say, as any teachings related to humanity require some commentary on the condition of the human mind.

The Quran is no exception. And sciences still can’t exlain many of the pscychological phenomena that it reveals.

Let’s have a look at some of the basic psychological lessons in the Quran.

The Mind Has an Intuitive Power That’s Too Often Dismissed

When people come to us saying that they got a message in a dream or that they sensed something significant, the skeptics in us quickly pooh-pooh their intuitions. Big mistake.

And when the caravan departed [from Egypt], their father said, ‘Indeed, I find the smell of Joseph [and would say that he was alive] if you did not think me weakened in mind.’ [Quran, 12:94]

[Remember, O Muhammad], when Allah showed them to you in your dream as few; and if He had shown them to you as many, you [believers] would have lost courage and would have disputed in the matter [of whether to fight], but Allah saved [you from that]. Indeed, He is Knowing of that within the breasts. [Quran, 8:43]

The Mind Sometimes Seeks to Create its Own Truth

Yes, you know these people— the ones who say “The Quran says this” and then quote ayat that don’t exist in order to support teaching that aren’t true. Your best tool of defense is to know the Quran well!

And among them are unlettered ones who do not know the Scripture except in wishful thinking, but they are only assuming. [Quran, 2:78]

And they say, None will enter Paradise except one who is a Jew or a Christian.’ That is [merely] their wishful thinking, Say, ‘Produce your proof, if you should be truthful.’ [Quran, 2:111]

The Mind Seeks to Protect Itself from Allah

Sometimes in our inner blindness we often respond to our fear of Allah by forgetting Him! The natural bent of the human mind is to try to save itself from punishment, and this is a characteristic that sometimes leads to more sin. The cure for this folly is remembering Him, always keeping in mind His infinite mercy.

. . . they thought that their fortresses would protect them from Allah; but [the decree of] Allah came upon them from where they had not expected, and He cast terror into their hearts [so] they destroyed their houses by their [own] hands and the hands of the believers. So take warning, O people of vision. [Quran, 59:2]

The Mind Can Be Naturally Hypocritical

Do you order righteousness of the people and forget yourselves while you recite the Scripture? Then will you not reason? [Quran, 2:44]

The Mind is Easily Deluded by the Shaytaan

And when you see those who engage in [offensive] discourse concerning Our verses, then turn away from them until they enter into another conversation. And if Satan should cause you to forget, then do not remain after the reminder with the wrongdoing people. [Quran, 6:68]

Creation was Designed to Inspire the Mind

Artists, scientists, and nature lovers know this well: The universe is incredibly inspiring!

He causes to grow for you thereby the crops, olives, palm trees, grapevines, and from all the fruits. Indeed in that is a sign for a people who give thought. [Quran, 16:11]

The Mind Has an Overseer

Contrary to the mind’s desire to delude itself, nothing is ever truly hidden. There is a divine witness who sees all and knows all. The presence of this witness holds you accountable not just for your deeds, but your thoughts as well. Alhamdulillah that our witness is infinitely compassionate and wise!

Without Truth and Patience, the Mind Remains in a State of Darkness

If you refuse to bring your will into obedience to the truth, or if you refuse to wait patiently for the unfolding of the will of Allah in your life, you’ve lost the struggle for meaning and happiness.

One of the most important elements of living in truth and patience is the study of the Quran. If you haven’t started, give some serious consideration to beginning a program of study today. Understand Quran Academy is a great place to start!