What Does the Quran Teach Us About the Creation of the Universe? 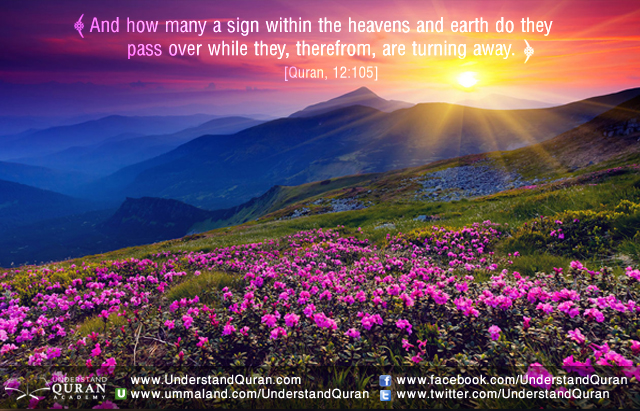 Modern science has a theory about how the world was created, but it’s an assumption, and even scientists will tell you that they don’t have enough evidence.

Allah has explained how he made the world for us in a few verses of the Quran.

In the first instance Allah affirms that He created the world: A revelation from He who created the earth and highest heavens . . . [Quran, 20:4]

He then tells us that: Indeed, your Lord is Allah, who created the heavens and earth in six days. [Quran, 7:54]

The word used in the Quran to describe days is ayyam. This can also mean a period of time, so it may not be six days as we know them. Einstein had a theory that time in different parts of the universe is different, that one day on Planet Earth may be equal to seven days on Mars or elsewhere in the universe.

Creation and the Divine View of Time

In Surah Al-Maarij Allah tells us that:

The angels and the Spirit [i.e., Gabriel] will ascend to Him during a Day the extent of which is fifty thousand years. [Quran, 70:4]

So the angels travel up this ascending stairway that leads to Heaven in one day. However that one day equals 50,000 of our years on this planet.

Is There Something Out There?

We have all seen the television footage about the International Space Station and how space scientists are planning to travel to Mars. This is all in search of other worlds or alien species. But do you believe that there is something else or someone else out there?

Have those who disbelieved not considered that the heavens and the earth were a joined entity, and We separated them and made from water every living thing? Then will they not believe? [Quran, 21:30]

I think that when Allah says “what is between them” He’s referring to all the planets out there in our solar system.

Creation and the Big Bang Theory

The same verse also supports the Big Bang Theory. This theory says that all matter was one and then an explosion took place which separated it out and created the various planets and moons.

The amazing thing about all these verses is that the science supporting them was only discovered in the last century, yet the Quran is fifteen hundred years old. This is another proof that Allah has truly written the Quran and sent it to us via the angel Gabriel.
by Uzma Chaudhry