What Does the Quran Have to Tell Us About Zombies? 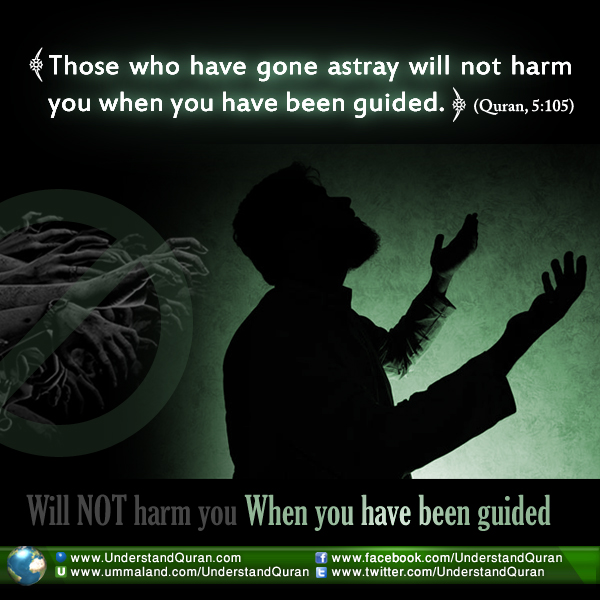 We were having a dinner table discussion about the intellectual value of television. We all agreed that television could be an important source of information.

“But,” I pointed out, “the problem with television is that it doesn’t teach you how to tell the difference between truth and lies. You need to learn that from books.”

My friend’s teenaged son piped up: “I disagree! The things we learn on television are essential to our survival— like what tools you need to get you through the Zombie Apocalypse!”

I didn’t know whether to laugh or cry. Later while reading the Quran, one aya in particular stood out:

I asked myself, why indeed? Why is this a generation of zombie-lovers? I posed the question to a young friend: “Why are people your age so obsessed with zombies? Zombie movies, zombie games, zombie profile pics . . .”

She didn’t even have to stop to reflect. “Because we are zombies,” she replied sadly.

“We go through life in a daze. We have no direction, no goals except to eat and keep moving. We’re losing the ability to speak, think, and feel. So we identify with zombies.”

Are Zombies Less Scary Than the Day of Judgment?

One can only wonder why anyone would seek imaginative escape in such a terrifying world as one where dead people rise from their graves to feed on the living. But perhaps that’s just it. Perhaps people are looking for an escape from not only the present reality, but of the prospect of having to face their Maker and account for their sins on the Day of Judgment. Given the choice, they feel safer with the thought of being chased by hungry ghouls.

Here’s where knowledge can be power.

The word “zombie” originated in Haitian folklore and means a dead body animated by magic. There were said to have been something called “zombie slaves” in Haiti back in the day, but it’s speculated that these were unfortunate people drugged into submission and forced to work in the fields.

Today in popular culture “zombie” means “undead.” Just think about that word “undead” for a moment. What can it possibly mean? Either you’re dead or you’re alive, right?

The Quran has much to say about the mysterious process of moving from life to death and back again. In fact there is in the Quran a category of person who might be termed “undead:”

And never think of those who have been killed in the cause of Allah as dead. Rather, they are alive with their Lord, receiving provision . . . [Quran, 3:169]

But the people of whom Allah speaks in this aya aren’t roaming the earth like rabid beasts. They’ve achieved a higher level of life because they sacrificed their lives in the cause of Allah.

There are also those whom Allah brings back to earthly life— full life, not the kind of half life you see among The Walking Dead.

There’s another group that actually does resemble zombies a little, at least in a spiritual sense, and that is those who ascribe partners to Allah. But don’t think of tackling them with a crossbow and a bowie knife.

And those they invoke other than Allah create nothing, and they [themselves] are created. They are, [in fact], dead, not alive, and they do not perceive when they will be resurrected. [Quran, 16:20,21]

Again and again we’re reminded that the threshold between life and death is completely under the control of a loving creator. Surviving death is only possible through complete submission to Him. Why? Because aside from Him, there is no life at all. We live by the life He has given us, and we live eternally by participating in His eternal power.

And it is He who sends the winds as good tidings before His mercy until, when they have carried heavy rainclouds, We drive them to a dead land and We send down rain therein and bring forth thereby [some] of all the fruits. Thus will We bring forth the dead; perhaps you may be reminded. [Quran, 7:57]

Those tools you’ve been collecting to help you survive the zombie apocalypse? Dust them off and give them to charity. You won’t be needing them. The only tool you’ll need to protect you from the final days is the Quran.

And if there was any qur’an by which the mountains would be removed or the earth would be broken apart or the dead would be made to speak, [it would be this Qur’an], but to Allah belongs the affair entirely . . . [Quran, 13:31]

Yes, it’s all in His capable hands. For the believer who strives after righteousness and obedience, neither death nor the “undead” can menace.

What does the Quran tell us about zombies? For one thing, that they don’t exist. For another, it tells us that studying the Message can keep us from becoming like zombies ourselves by giving our lives hope, meaning, and direction.

May hearts and minds be opened and enriched,