The Journey from Islam to Iman 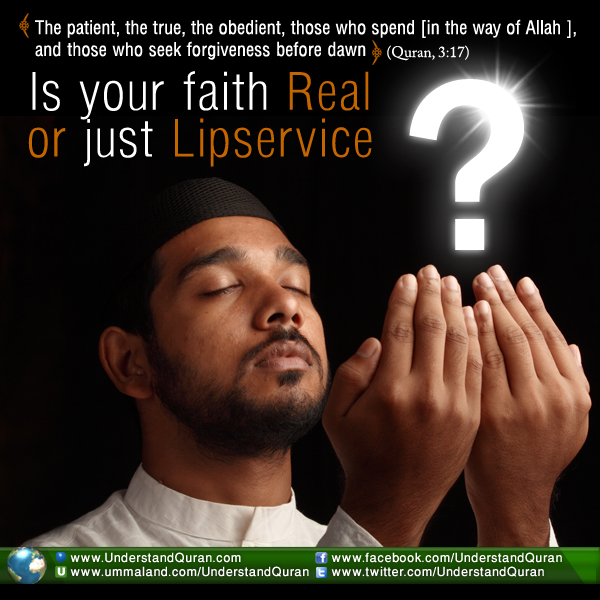 In the name of Allah, the Entirely Merciful, the Especially Merciful . . .

The Bedouins say, ‘We have believed.’ Say, ‘You have not [yet] believed; but say [instead], “We have submitted,” for faith has not yet entered your hearts. And if you obey Allah and His Messenger, He will not deprive you from your deeds of anything. Indeed, Allah is Forgiving and Merciful.’ The believers are only the ones who have believed in Allah and His Messenger and then doubt not but strive with their properties and their lives in the cause of Allah. It is those who are the truthful. [Quran 49:14-15]

“Islam” and “Iman” are two extremely important Islamic terminologies. Although, they can sometimes be used interchangeably, they have distinct meanings in depth that are vital to the understanding of every Muslim.

The meanings of Islam and Iman are closely related to the terms “Muslim” and “Momin.” The above two verses of Surat Al-Hujurat are pearls of wisdom on this matter; they’re extremely helpful in the practical understanding of this vital difference— between Islam versus Iman and Muslim versus Momin.

Testifying with one’s tongue that Allah is the only One worthy of worshiping and that Prophet Muhammad (saws) is the last Prophet of Allah— this is Islam. This is what Kalma-e-Shahadat essentially is: a testimony.

A man who testifies this, will for all practical purposes, be considered one of the Muslims. His rights and duties will be equal to any other Muslim in a Muslim society or state. He can marry a Muslim woman and will be entitled to inheritance from his Muslim parents.

However, as is evident from Allah’s words mentioned above, being a Muslim does not automatically mean that real faith has entered one’s heart. Although Allah, being the most merciful, will accept the good deeds done with pure intentions from such an individual, the individual cannot be assumed to have Iman. They are Muslims, but not necessarily Momin.

In the next ayat Allah explains, in very simple terms, what it takes to be a Momin and what are the effects of this iman in one’s life. When one’s heart testifies that Allah is the only One worthy of worshipping and that Muhammad (saws) is his last Prophet, then one is said to have real Iman. This unshakable belief gets entrenched into one’s heart, mind, and soul. And then the life of that individual changes.

The Logical Result of Iman

The logical result of Iman in one’s heart is “jihad” in one’s actions. The revolution in the interior of a Momin brings about a revolution in his exterior. The sole purpose of  life becomes the earning of Allah’s pleasure.

One then strives, with the best of abilities and intentions, to apply the teachings of Allah in life, the home, the family, society, and in the whole world, according to the model of Prophet Muhammad (saws). And to do this, one sacrifices time, energies, abilities, wealth, and life. This is called “jihad” in Islam.

Allah gives the certificate of “Sadiqoon” to such individuals. They can rightfully claim to have Iman, and they are the real Momin. These are the only people who are not in loss according to Surah Al-Asr. Allah swears by time that rest of the mankind is in loss:

Being a Muslim is, in itself, a great blessing of Allah. It opens the door for us to then strive and achieve the next level of Iman. However, it would be catastrophic to remain satisfied on being a Muslim and not strive to become a Momin.

We must confess, with a heavy heart, that most of the Muslims today are no different from those Bedouins that were used as an example in the words of Allah mentioned above.

Are We Truly Striving for Allah?

We can claim to be Muslims but we should all ask ourselves, can we claim to be Momin? Do we have Kalma-e-Shahadat in the form of an unshakable belief entrenched in our hearts, minds and souls? Are our lives any similar to that of a true Mujahid? Are we truly striving with our lives and properties in the way of Allah? If the answer to any of these questions is not in yes, then I am afraid there is work to be done.

The journey from Islam to Iman is still in front of us. This is the straight path that will ensure true success for us in this life and the one after. May Allah make it easy, keep us steadfast, and guide us on this straight path of eternal success.