Revive a Sunnah: Take a Break in Salah! 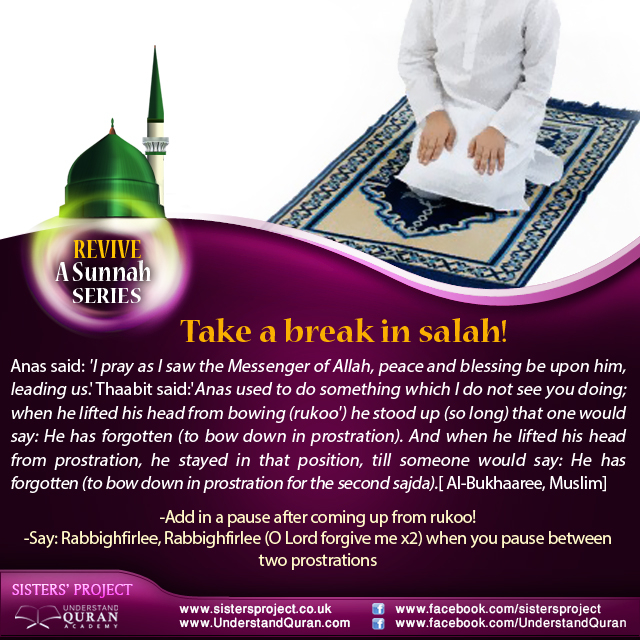 Take a break and revive a sunnah!

Anas radiyallahu ‘anhu said: “I pray as I saw the Messenger of Allah, peace and blessing be upon him, leading us.”

Imam Ibn Al-Qayyim, rahimahullah, said: “This sunnah was forsaken by many people after the time of the companions, may Allah be pleased with them, came to a close.”

So add in a pause— after coming up from rukoo, for example— to revive this sunnah.

When you pause between two prostrations you can say: Rabbighfirlee, Rabbighfirlee (O Lord fogive me, O Lord forgive me), as the Prophet salallahu ‘alayhi wasallam used to supplicate [Abu Dawood]